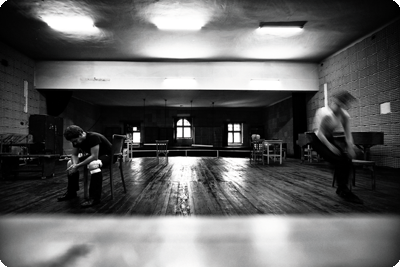 The goal is to show the mystery and the roots of Europe through a new writing of a collective Opera between artists from different countries. Against the integration as a levelling of ethnic and cultural identity, the project researches a common ground between cultures and languages and histories … Contradictions and differences in Europe can reach together into a common expression, can build an agreement? How is it possible to give expression to these voices, in the name of anxiety, in the name of joy, in the name of expectation, in the name of a community that meets… Fortress Europe, Europe the new castle for our creativity, travelling, and controlled satisfaction. The proposal is to speak about work, to stay in a concrete space, to speak about a Europe of workers. The idea, the starting point, from which this cooperation born is to be workers. They image a show that will be an action in which the workers of the show, dancers, musicians, stage engineers, actors, designers really create an object on the stage. The cooperation building an object is the show itself. The show is this work, their work will be the show.
The idea of this proposal is in continuity with the last years Balletto Civile’s work, because of the nature of language – Balletto Civile has always tried to get on the stage singing and dancing (often using different languages), creating an original way of expression that was somehow simple, direct and popular – and because Balletto Civile always have had an attention for vital exchange of experience with different cultures.

Balletto Civile is a nomadic-based collaborative performance group. In summer 2002 the company restructured itself from the experience of the theatrical group L’IMPASTO comunità teatrale nomade. There are now two distinct layers of membership, which is defined by Core and Associate. Core members are Emanuele Braga, Maurizio Camilli, Michela Lucenti (director), Emanuela Serra. Associate members are a lot of different artists that are used to collaborate with this project. Core members contribute to the conception, research, writing, choreography, documentation, and educational demands of the work.