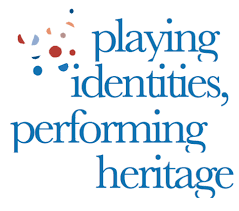 Playing Identities Performing Heritage: Theatre, Creolisation, Creation and the Commons is built upon the idea that aesthetic experience through theatricality can convey meanings at their fullest extent. Theatre always performs intangible heritage, keeps alive a shared memory, confirms or re-shapes traditional knowledge. People collected around the stage share the same competence in that very moment. As interpreters of the performance, spectators are engaged together with the performers in the joint complex work of both cultural production and identity setting around cultural intangible assets. In fact, citizens as the owners of heritage become performers of heritage and audience in artistic endeavour.In this project we will produce creole theatrical performances involving young artists coming from different countries all around Europe. The performances will be strongly influenced by the social and cultural contexts in which they take place. Young artists will be also supported in their work by foreign artistic advisors and academic researchers. They will also get in contact with local communities and audiences. Young theatre makers and performers will be directly engaged in the transmission of knowledge belonging to anybody else, and will be forced to face local artistic competences and cultural traditions.

The combination of theatrical practice and academic counselling will support the artists in the process of exploring, sharing and performing cultural heritage, in order to establish creolised intangible commons, springing points of a dynamic shared memory, which is the base for identity. Through the performance of heritage, theatre can set conditions for the constitution of new sense of belonging and brings on collective processes of cultural appropriation. This is how performing arts can act on intangible cultural assets and produce social innovation.

>> Contribute to The Project on PanSpeech!