A Creole performance in Canterbury 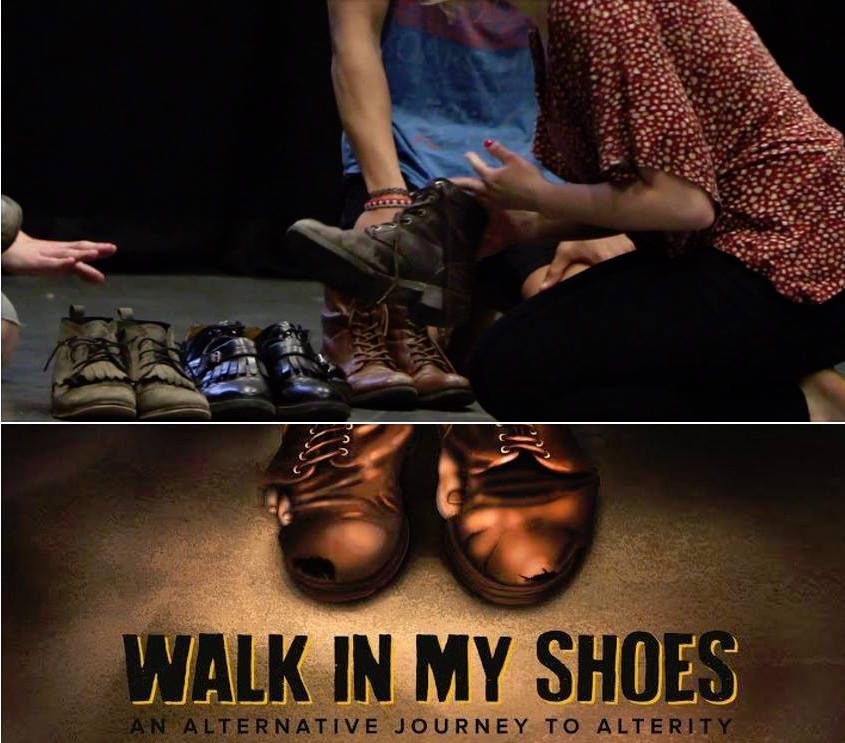 Imagine you were born in the middle of the ocean, and your parents were from two different countries. What would your nationality be? Would it matter?
Migration is an issue that affects us all. As students from different countries such as England, Norway, Estonia and Bulgaria, we can all personally relate to this topic.
As England and Norway are both countries with high immigration rates, there are tendencies for overpopulation. Additionally, as a large number of immigrants are unqualified and paid cash-in-hand, they do not pay taxes and live on the merits of other people. Furthermore, there are many people who immigrate without the intentions of working, relying on the generous benefit-systems often in place.
In less developed countries, such as Bulgaria and Estonia, they face the opposite problem. There are approximately 20% of Estonians and 30% of Bulgarians working abroad. For instance, highly educated professionals go abroad so they can be paid more and work in a better environment. Thus their countries lose their more qualified workers and the creative ideas that come with them. Furthermore, when these people get used to a better quality of life it is hard for them to adapt back to the difficulties at home. Also, as young people are leaving, the average population is ageing. As pensioners do not pay taxes, countries get even poorer and the pension age rises.
However, even though there are many questions and problems with emigration, the solution cannot be to close the borders, as living and studying abroad is a human right and one of the European Union foremost principles.
Every instance of migration is for different reasons. Political systems have driven people from their countries as they do not enforce the same ideals of life as they do. War has stripped people of their homes in search of a safer place. Education has taken students all over the world in search of a better career path. Adventure has taken people far away to live a life they dream of. However, there is still often the feeling of guilt when leaving from the country your grandparents have fought and died for.
This problem is very complex and even though we cannot offer a fixed solution now, we are passionate to explore it in depth.
There are different solutions but every single one is double-edged- it can be a solution for one of the countries and a bigger problem for the other. Over the next two years, we aim to find a more viable solution than previously conceived, or at least convey the problems that the world faces to bring light on such a growing issue, affecting us all.

>> Contribute to the Topic “Migration” on PanSpeech.eu 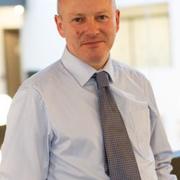 Is Professor of Theatre and Performance at the University of Kent, Canterbury where he has been based since 2000. He collaborated with the Gardzienice Theatre Association of Poland from 1989 to 1993 and published the book Gardzienice: Polish Theatre in Transition (1997). After collaborating with Gardzienice, he worked extensively as Movement Director. Much of this was with Katie Mitchell, at the Royal Shakespeare Company, the Royal National Theatre and the Royal Court, as well as on the fringe. He has published several books on theatre and actor training as both author and editor, including The Art of Stillness: The Theatre Practice of Tadashi Suzuki which was published by Methuen (2002) and Palgrave Macmillan, USA (2003). In 2009 a new edition was released with DVD. Paul’s research has recently focused on the legacy of Jerzy Grotowski’s work through the AHRC-funded British Grotowski Project, which culminated in several workshops and an international conference and a series of publications, including Ludwik Flaszen’s Grotowski and Company (as editor) and Zbigniew Cynkutis’s Acting with Grotowski (Routledge, 2015). As recognition for his work on Polish theatre, in 2009 he received an award for services to Polish culture. He has recently been appointed Research Mentor for three years for the Conservatoire for Dance and Drama which comprises 8 UK institutions specializing in circus, dance and theatre and he also advises staff at the University of Huddersfield on their research. At Kent, in August 2015 he was made Associate Dean (Research and Innovation) and has also just received a grant for £77,000 from the Leverhulme Trust to make an A-Z of online films with commentaries on Physical Actor Training for Methuen Drama Bloomsbury. He teaches Physical Acting at Masters Level and Physical Theatre and has taught workshops around the world, including in France, Iran, India and Poland.

I am 27 years old and I am in my 3rd and final year of Theatre Directing (BA). I have previously studied Art History (BA), History of Ideas (MA) and Performance Studies (MA). I have worked as an assistant director (Against Love by Esteve Soler, directed by Radu Nica at the National Theatre of Tîrgu Mureș, 2013) and a fashion designer (ArtizArt group). I am very interested in independent forms of experimental theatre, but at the same time I have an attraction towards the plays of Tennessee Williams. I have a serious addiction to cult films, I’ve been writing on an art blog since 2008, I love sketching set designs and I collect postcards from art museums. 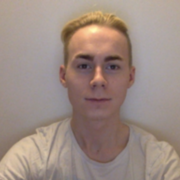 I have lived in Norway my whole life and am now studying at Kent. I have acted in 4 shows directed by 4th year students at the University of Kent, including Pool No Water, A Midsummer Night’s Dream and Waiting For Alice. I have worked with naturalistic acting methods and with physical theatre, but I’m more interested in the latter. I’m also interested in puppet theatre (I make puppets with my own ensemble) and in improvisation – I like surrealist, abstract and experimental theatre, and theatre that focuses on the use of the body on stage. I have recently also developed an interest in Butoh.
I love to paint and draw and I like to go for long walks. I have two youtube channels where I post art videos and sketch comedy videos. In Norway at my high school I was part of a John Cage 100th year anniversary art exhibition, performed in a museum called Bomuldsfabriken Kunsthall. Where we created a performance piece, out of pieces of Cage’s texts. We also performed Cage’s Aria. 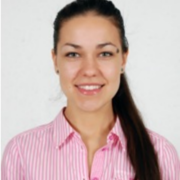 My background is in folk dancing – I have been a dancer of Bulgarian folk dances for 12 years now. As part of the ensemble “Actavis”, I have participated in international festivals, tours and concerts. As a dancer, I am particularly interested in exploring physical aspects of theatre; at the same time, I’m eager to experiment with as many forms as possible.  For two years I have been the scriptwriter and emcee for the Southwest International Folklore Festival “Peace on the Balkans” in Dupnitsa, Bulgaria. Between 2010 and 2013 I worked with a theatre company, and played the lead character in the plays we performed – one for a piece of youth theatre and the other two were dark comedies. I have also worked as a lighting designer / technician and as a stage manager for productions at the University of Kent. 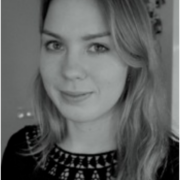 I am 22 year old girl from Estonia, and I am studying Drama and Theatre at the University of Kent. As I embark on my third year, I realise my interests are changing: I believed I was mainly interested in acting, but in fact I now find myself mostly interested in theatre-making, in devising and also in producing. I try to see different kind of theatre and keep my mind open to find out what I actually enjoy the most. At the moment all I know that I like theatre that is touching and thought-provoking – whether it is an intermedial piece using digital technologies, physical theatre or just a classical drama with fine acting. In addition to theatre, I´m also very interested in TV, film and photography, as well as music and travelling. The best decision I have made in my life was having a gap year before university when I worked and travelled in Australia and Asia. That broadened my horizons and made me more curious of the world and cultures. 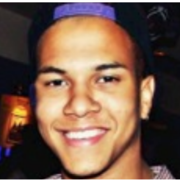 I am a second year Drama student at Kent university, and I have a lot of experience in theatre and a little on film. I was part of a youth theatre group for seven years, and it gave me the chance to act, direct and write – this experience is at the root of my love of being on stage. I love to dance: the ability to understand my body and rhythm and to push myself physically to make a captivating performance. At the moment I am mostly interested in exploring physicality, in learning to use my body in new inventive ways. I worked with for a film agency for two years, and that gave me various auditions across London, including an advert and some work as an extra. also starred in a short film for Kent Film Festival which allowed me to broaden my understanding in the industry. I hope to explore working on film more and maybe incorporating it into theatre to make a multimedia performance. My hobbies includes photography and sports, I love capturing those precious moments on film and keeping fit and healthy. 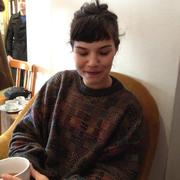 I am a Canadian-born writer who has spent the last three years traveling either as a professional or for my own expansion. I’ve recently settled in Paris, France, but will shortly be making my way to Canterbury to complete an MA in European Theatre and Dramaturgy at the University of Kent. I completed a Hon BA at the University of Toronto in Literature, Philosophy, and Music Theory. During that time I wrote three plays which were featured in various festivals, one of which won Best Original Playwright. I’ve also worked in the capacity of Stage Manager, Assistant Director, and Producer in my short career, but I’ve found dramaturgy to be the best method to exercise my abilities as a theatre practitioner.