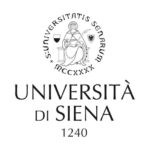 The Department of Historical Sciences and Cultural Heritage is active at both national and international level, with several faculty members running national, European and international research projects as well as projects at local and regional level and with private foundations. Such a diverse number of scientific disciplines, methodological approaches and research interests leads to regular and vibrant discussion on innovation within the social sciences and makes ours a lively and interdisciplinary academic community. The Department also closely collaborates with the Dep. of Social, Cognitive and Political Sciences. 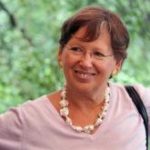 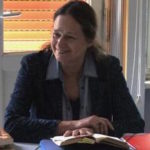 Teaches anthropology of the performance at the department of Social, Political and Cognitive Sciences, University of Siena. She has been professor of theatre history and since 2000 co-manages Synapsis, a European School of Comparative Studies. She’s also been the scientific coordinator of the Erasmus IP “Playing Identities: Acting, the Self and Society”, organised for three years by the University of Siena (2012-2014). 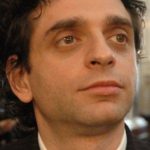 is a Senior EU Project Designer & Manager in Social Science, Humanities and ICT. Gianni is engaged with several projects dealing with social innovation, ICT, cultural heritage and performing arts at the EU level. He has been employee of the Siena and Florence Universities and has been visiting researcher at Munich University of Applied Sciences – Strascheg Center for Entrepreneurship (SCE), plus he has collaborated with other Universities and Cultural Institutions at the EU and national levels. He is currently at University of Siena the Project Coordinator of Playing Identities, Performing Heritage funded under the Creative Europe Programme. 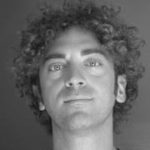 Holds a PhD in Anthropology, Ethnology and Cultural Studies. He has carried out research in political anthropology in West Africa from 2004 to 2011. He is currently specializing as a euro-project designer and manager, having participated to several proposal design and implementation phases in the fields of social sciences and culture. He is also a lecturer on european policies and programmes (Research and Innovation, ICT, Culture, Tourism, Citizenship).
Is a Senior EU Project Designer & Manager in Social Science, Humanities and ICT. Gianni is engaged with several projects dealing with social innovation, ICT, cultural heritage and performing arts at the EU level. He has been employee of the Siena and Florence Universities and has been visiting researcher at Munich University of Applied Sciences – Strascheg Center for Entrepreneurship (SCE), plus he has collaborated with other Universities and Cultural Institutions at the EU and national levels. He is currently at University of Siena the Project Coordinator of Playing Identities, Performing Heritage funded under the Creative Europe Programme.

The University of Kent is the UK’s European university with an international reputation in which Europe meets the world. We are a leading research-intensive UK university creating a global student and staff community that advances knowledge and stimulates intellectual creativity, and performs at the highest levels. We believe in the unity of research and teaching, in the freedom and responsibility that staff have to question and test received wisdom, in the transforming power of higher education, in acting with integrity, and the value of an inclusive and diverse university community. The Drama Department in the School of Arts will directly take care of the project activities. At the 2014 Research Excellence Framework, The School of Arts was ranked first in the United Kingdom for Research Power. The team of researchers involved in the project are: Dr Margherita Laera (Academic Coordinator), Dr Flora Pitrolo (Research Assistant), and Prof. Paul Allain (Artistic Advisor). The University of Kent’s tasks include both academic and artistic work. 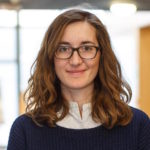 Is a Lecturer in Drama and Theatre at the University of Kent, Canterbury, where she is the Director of the European Theatre Research Network based in the School of Arts. Margherita has a background in dramaturgy, theatre-making and producing. She is the author of the monograph Reaching Athens: Community, Democracy and Other Mythologies in Adaptations of Greek Tragedy (Peter Lang, 2013) and editor of Theatre and Adaptation: Return, Rewrite, Repeat (Bloomsbury, 2014). She writes about London theatre and culture for Italian publications, such as D – La Repubblica, Hystrio and Ateatro.it. Her theatre translations from English and French to Italian have been published by Ubulibri and performed, amongst others, in Milan’s Piccolo Teatro. As a member of the Scientific and Artistic Committee of Playing Identities, Performing Heritage, she is responsible for the academic side of the project and her role is to carry out research on how the key themes of European identities and traditions, creolisation and performance come to play in the theatre-making process. 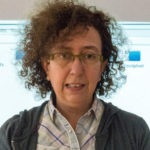 holds a PhD in Art History. She is a specialist  in contemporary theatre, and more specifically Catalan devised theatre. Mercé is Director of Cultural Services at Institut del Teatre, Barcelona (centre for documentation and museum of performing arts, publications and research programs). She is a professor of theatre at graduate (MA and PhD), and the author of two books on contemporary theatre. She has published several articles in international research journals. She was organizer of the IFTR/FIRT Barcelona 2013 Conference and actually is a Council member of SIBMAS (International Association  of Libraries, Museums, Archives and the Documentation Centres of the Performing Arts).

LMTA (Vilnius) is an arts university that specializes in music, theatre, film and dance with the mission to ensure a sustainable development of arts and artistic research, participate in shaping the policy of the national art education and culture, foster the spiritual harmony and the national identity, and educate the most artistically gifted young people into creative, initiative, entrepreneurial members of the society who would be open to Lithuania and the entire world. The Academy operates on the basis of two faculties, namely, the Faculty of Music and the Faculty of Theatre and Film (FTF). The FTF includes Departments of Performance and Directing, Film and TV Art History and Theory, and Dance and Movement.

The Babeş-Bolyai University is a public institution of higher education whose mission is to promote and sustain the local-regional-national-international community levels’ development of specific cultural components. The Theatre Department of The Faculty of Theatre and Television acts like a promoter of multicultural dialogue and exchange in the artistic field between Eastern and Western theatre experience. By connecting our University to professional performing arts companies in Europe, our students have the opportunity to develop their early careers by working together with experienced theatre practitioners, not always available for them in their own country.